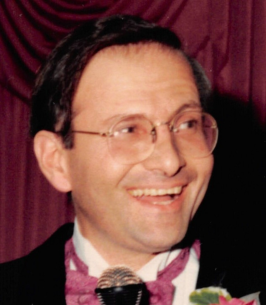 William or Billy is what friends and family called him.

Born in New Brunswick, New Jersey on November 24th 1948, the son of William J. & Ida Koury, he was raised and schooled in the Milltown/New Brunswick area. Working with his Dad at a car dealership gave him the love of cars, especially Cadillacs. His parents also owned a luncheonette that they named after him and his sister, Barbara called ‘B&B Luncheonette’.

Billy graduated from Rutgers University in the early 1970s and quickly began his career as an Electrical Engineer for the US Navy. He spent the next 20 years developing and engineering radar equipment and devices, many of which classified as top secret. He also held two patents for radar equipment diagnosing and repair for fighter jets.

Billy could never sit still, his brain and body always on the move. He would drive back to New Jersey every other weekend to visit his brother John, sister Barbara and their respective families as well as his cousins, friends and especially his mother, whom he loved most of all.

In his spare time Billy purchased land in Gaithersburg, Maryland to build an auto shop garage. The venture took two years to build at a steep cost to Billy’s saving as well as his health, but when it was finally completed, he left his career with the government to pursue a new career in automobile engineering specializing in electrical issues in cars. When his mother took ill, he put his career on hold and rented out his building to come back to New Jersey to care for her, taking a job at a local auto repair shop to supplement his income. He later returned to Maryland with his mother and slowly starting his business back up while still renting out part of his building.

Billy lived the rest of his life helping anyone that asked and would drive everywhere to teach family members and friends how to fix pretty much anything. He was known for his love of family, music, movies, softball and pizza and his ability to throw a football like an NFL player.

He passed away on Friday, September 23rd at the Meritus Medical Center in Hagerstown, Maryland at the age of 73. As well as his parents, Billy was also predeceased by his brother, Ronald in 2012. He will be deeply missed by all who knew him, particularly his sister, Barbara Pizzolato of Toms River; brother, John Koury and his wife Kathleen of Lillington, North Carolina; nephews & nieces, Chris Chappelle and his wife Lisa of Toms River and Jaclynn, Jason and Rachael Koury, all of North Carolina; great-nephews, Christopher Chappelle and his partner Amber of Seaside Heights and Jonathan Chappelle of Toms River: great-great nephew, Benjamin Chappelle of Seaside Heights.

Visitation will be held on Saturday, October 8th at 9:30 AM at the Gleason Funeral Home, 1360 Hamilton Street, Somerset, followed by an 11 AM Mass at Sacred Heart/Holy Family Parish, New Brunswick. Burial to follow in St. Peter’s Cemetery, New Brunswick.

Donations in lieu of flowers can be made to St. Jude Children’s Research Hospital, 501 St. Jude Place, Memphis, Tennessee 38105.