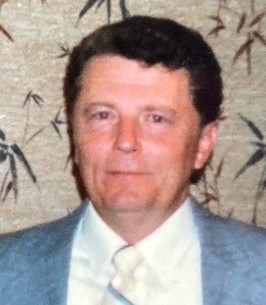 Thomas A. Lyons, III
Somerset
Mr. Thomas A. Lyons, III passed away early Saturday morning, June 4, 2022 at the Bristal Assisted Living Center in Somerset. He was 79 years old.
Tom was born and raised in the sixth ward of New Brunswick, and spent lots of time in Cape May. He graduated from New Brunswick Vocational and Technical High School and enlisted in the Army Reserves where he worked as a cook. Tom later had a lengthy career as a Union Electrician with IBEW Local 456 in New Brunswick.
Tom moved to Somerset in 1972 where he and his wife Kay would raise their children. He was a longtime parishioner of St. Matthias Church in Somerset. He loved fishing, flea marketing, and being with his family. He also enjoyed spending the winter months in Big Pine Key in Florida.
Mr. Lyons was predeceased by his wife Kay in 2010. He was also predeceased by his brother Bill Lyons and sister Mary Beth Allen.
He is survived by his children and their spouses: Thomas Lyons, IV and his wife Susan of Somerset, Karen Lyons and her wife Kerri Parkinson of Maine, Patrick Lyons and his wife Allison of Belle Mead and Damian Lyons and his wife Stephanie of Absecon. He is also survived by his siblings Jim Lyons and his wife Carole of New Brunswick, Kay Topping and her husband Wes of Edison, and Peggy Parquet and her husband Walt of Massachusetts and his grandchildren Shannon, Peyton, Tara, Patrick, Finn, Madelyn, Cal, Connor and Max as well as many nieces and nephews.
Tom will be remembered for his big fish, colorful storytelling, questionable advice and unbounding generosity. Those who love him know that this is not goodbye, but simply “later tater!”
A funeral mass will be held at St. Matthias Church in Somerset on Saturday June 11, 2022 at 1:30. All other services will take place privately. Please consider a contribution in Mr. Lyons’ name to the FIRST Foundation at https://www.firstskinfoundation.org/