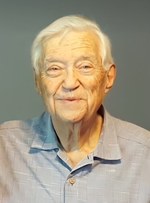 Thomas R. Bardarik
Mr. Thomas "Tom" Bardarik, age 85, passed away peacefully on Monday, March 14, 2022, at Spring Hills of Somerset where he recently resided.
Tom grew up in Saint Clair, PA. He graduated from Penn State University in 1959 with a degree in Mechanical Engineering. Tom served in the United States Army, was stationed in Germany, and later attained the rank of Captain. He worked for DuPont in Parlin, NJ for over thirty years before retiring.
Tom resided in Franklin Township since 1965 where he was very active in the community and had a large circle of friends. Over the years, Tom volunteered his time to the Franklin Township Food Bank, the Meadows Foundation, Little League, scouting, a local soup kitchen, making sure he always took his recycled newspapers to the local animal shelter, as well as helping out in many other groups. Tom enjoyed his bowling leagues, tennis club, bridge groups, playing golf, shooting pool at the senior center and always keeping active. In later years he even found some time to relax and play Solitaire and enjoyed watching Family Feud. Tom was a longtime parishioner of St. Matthias Church in Somerset and a member of the local senior center.
Tom was predeceased by his beloved wife of almost forty years, Sandra, in 1998.
He is survived by his children and their significant others: Gregory Bardarik and Ruth of PA, David Bardarik and his wife Tammy of NC, Bruce Bardarik and his wife Sherri of Middlesex, Laura Badilla of South Bound Brook, Jeffrey Bardarik and Alice of Whiting, and Michael Bardarik and Anna of VA.
He is also survived by his granddaughters: Samantha and her partner Allen, Danielle and her husband Sida, Cassandra, and Natalia who all loved their “Pop” and “Grandpop” tremendously.
Throughout his life, Tom gave generously to various charitable organizations. If you would like to honor Tom’s memory, the family asks that you consider making a contribution in his name to a charity that is close to your heart.
Tom’s life will be celebrated privately with his children, grandchildren, and his special friend Virginia who brought so much love and laughter to his later years. Please keep Tom and his family in your thoughts and prayers during this time.