To share your memory on the wall of Theresa Lovell, sign in using one of the following options:

Born June 9th, 1946, in Cumberland, RI, she was the daughter of the late Joseph A. and Rita Yelle (Menard).

Terri attended William E. Tolman High School in Pawtucket, RI. She worked for 6 years for A.T. Cross in Smithfield RI and later for Elf Atochem in Philadelphia, PA where she retired after 16 years. She was born and raised in RI, until relocating to New Jersey in 1984.

A private memorial gathering of family/friends will be celebrated at a later date, due to ongoing pandemic concerns. Details will be provided once they are finalized.

Print
All services were private.

Consider providing a gift of comfort for the family of Theresa Lovell by sending flowers.

We encourage you to share your most beloved memories of Theresa here, so that the family and other loved ones can always see it. You can upload cherished photographs, or share your favorite stories, and can even comment on those shared by others. 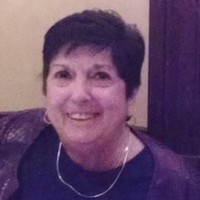