To share your memory on the wall of Stefano Patti, sign in using one of the following options:

Print
Steven Patti, of Somerset passed away on Saturday, August 29th at the Robert Wood Johnson University Hospital in New Brunswick. He was 80.

Born in Ribera, Sicily, he immigrated to the United States in 1971, settling in Staten Island, Ne... Read More
Steven Patti, of Somerset passed away on Saturday, August 29th at the Robert Wood Johnson University Hospital in New Brunswick. He was 80.

Born in Ribera, Sicily, he immigrated to the United States in 1971, settling in Staten Island, New York before moving to Somerset in 1982.

Steven owned Alfredo’s Restaurant on Easton Avenue in Somerset for many years before retiring in 2008.    He was also a parishioner of St. Matthias RC Church, Somerset.    Steven enjoyed taking trips to Ribera, Sicily every summer with his wife, Maria, Sunday meals with the family and spending time with his loved ones.

Surviving are his sons and daughters-in-law, Gaetano “Nello” of Somerset, Charles & Francesca of Nutley and Paolo “Paulie” & Lina of Somerset; daughter and son-in-law, Milena & Anthony Marucci of Hillsborough; and 5 grandchildren, Stephanie Patti, Giuliana and Luca Marucci, and Gianluca and Valentina Patti.

Visitation will be held on Saturday, September 5th, at 9:30 AM at the Gleason Funeral Home, 1360 Hamilton Street, Somerset, followed by a 10:30AM Mass at St. Matthias RC Church, Somerset.    Entombment to follow in St. Peter’s Cemetery, New Brunswick.
Read Less

Consider providing a gift of comfort for the family of Stefano Patti by sending flowers.

We encourage you to share your most beloved memories of Stefano here, so that the family and other loved ones can always see it. You can upload cherished photographs, or share your favorite stories, and can even comment on those shared by others. 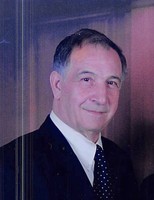 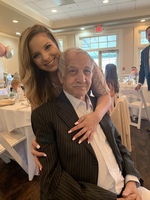