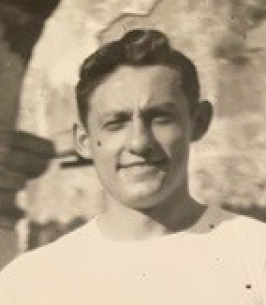 Mr. Makarevic was born February 11, 1927, in New Haven, Connecticut to the late Anthony and Antoninia Makarevic. He resided in Ashuelot, NH; Highland Park, NJ; Edison, NJ, before settling in Toms River, NJ in 1990.

Stanley honorably served in the US Navy during World War II and the Korean War. He was a compositor for Avery Label in New Brunswick for over 20 years. Stanley also volunteered his time at the Holiday City Community Association. He was an avid bowler and also enjoyed nature and the outdoors, whether he tended to his garden or went fishing. Stanley was a loving and caring husband to his spouse Helen (Betty) for 69 years. Among Stanley’s many accomplishments was his role as a proud and devoted father to each of his six children and his eight grandchildren.

Mr. Makarevic was predeceased by his brother, Joseph Makarevic and his sisters, Pauline Hatfield Davis, and Cecilia Dominic.

Graveside services to be held at a later date in Hinsdale NH under the care of the Gleason Funeral Home, in Somerset, New Jersey.