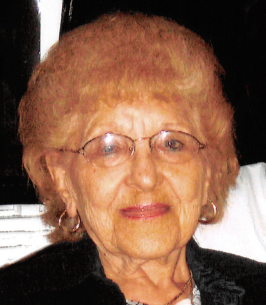 Rose attended Middlebush School in Franklin Township. She began her career at Triangle Cable during WWII. She then worked for 35 years as a supervisor and stylist at Dutchmaid Clothing in Ephrata, PA. She had been a long-time parishioner of St. Matthias Church in Somerset. She was an avid reader who also loves crafts, primarily ceramics. Rose adored her family, especially her grandchildren and great grandchildren.

Mrs. Gessner was predeceased in 2013 by her husband of 68 years, Philip Gessner; her sons, Thomas Gessner and Bruce Gessner; her daughter, Rosemarie Gessner; and her grandson, Nicholas Gessner.

She is survived by her children, Philip Gessner and his wife Mary of Milltown, Gary and Beverly Gessner of Yardville, and Eugene and Maryann Gessner of Hillsborough; by her grandchildren, Eric, Dawn and her husband Keith, Brian, Paul, Adam and his wife Kerry, Chris and his wife Crystal, Brandon, and Julia; and by her 8 great-grandchildren.

Funeral service will begin 8:30 A.M. at the Gleason Funeral Home followed by a 9:00 A.M. Mass on Monday, October 17, 2022, at St. Matthias Church in Somerset. Burial and committal services will follow at St. Peter Cemetery in New Brunswick.