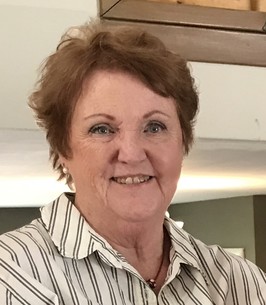 Roberta M. Maroccia, 74, passed away with her family by her side on Thursday, July 21, 2022, in North Brunswick, New Jersey.

Mrs. Maroccia was born August 15, 1947, in Brooklyn, New York to the late Robert and Margaret (Cavanaugh) Cairns. Roberta grew up in New Brunswick, NJ. She married her husband Joseph in 1968. When he was stationed abroad with the United States Army they resided for two years in Boeblingen,West Germany. On returning to the United States, she lived in Edison before relocating to North Brunswick in 1978.

Roberta’s greatest passion was being a devoted caregiver in her home for numerous children, including her own grandchildren. She created many long lasting relationships with the families of the children she cared for lovingly. Roberta loved crafts and crocheted many blankets that are cherished by all their recipients.

Mrs. Maroccia was predeceased by her brother, Bruce Cairns.

She is survived by her loving husband, Joseph Maroccia of North Brunswick; her son, Jeff Maroccia and his wife Jacqui of North Brunswick; her daughter, Lisa Wesolowski and her husband Brian of Moorestown and her grandchildren, Gwen, Maddie, Tyler and Kyle.
Family and friends may visit on Monday, July 25th from 9:00 to 11:30 A.M. at the Gleason Funeral Home, 1360 Hamilton Street, Somerset, NJ 08873

Funeral services will begin at 11:30 A.M. at the funeral home. Entombment will follow at Franklin Memorial Park Crematory in North Brunswick.