To share your memory on the wall of Robert Hart, sign in using one of the following options:

Dickie was born March 01, 1952 in Plainfield, New Jersey to the late Robert and Dorothy Hart. He grew up and lived in So... Read More
Robert Dickie R. Hart Jr., 68, passed away suddenly at home on Thursday, October 29, 2020 in Somerset, New Jersey.

Dickie was born March 01, 1952 in Plainfield, New Jersey to the late Robert and Dorothy Hart. He grew up and lived in South Plainfield, before settling in Somerset.

Dickie owned and operated Dick Harts Autobody in Middlesex for many years. He was a proud life member of Warren County Gun Club. He was an avid hunter and skilled fishermen. Dickie lived up to his last name and had a big heart; he would help anyone in need.

Memorial contribution can be made in honor of Dickie Hart to the American Diabetes Association at www.diabetes.org/donate or to P.O. Box 15829, Arlington, VA, 22215.
Read Less

Consider providing a gift of comfort for the family of Robert Hart by sending flowers.

We encourage you to share your most beloved memories of Robert here, so that the family and other loved ones can always see it. You can upload cherished photographs, or share your favorite stories, and can even comment on those shared by others.

Posted Nov 04, 2020 at 10:41am
Diann and I offer our sincere condolences to the entire family. Dickie will certainly be missed by everyone that knew him. We spent many days fishing together and he was always just a call away and there, if you needed anything.
RIP
Comment Share
Share via:
WN

Posted Nov 02, 2020 at 10:08pm
Dickie was a true friend who would help you whenever you needed it. I called him in the middle of the night when I hit a deer on Route 78. He got out of bed, picked up the flat bed and came to Clinton to get me, my wife and car and brought us home. His dedication to friendship was endless. He was a team member of the Joint Venture and to this day has the biggest fluke at 11 lbs. 3 oz. We hunted and fished together and he will always have a special place in my heart. Blue skies and calm seas until we meet again. Bill Nagy South Plainfield.

Posted Nov 02, 2020 at 06:52pm
My sincere condolences to the Hart family. Glenn, Donnie, Suzi, Jeremy, Jessi, and all the others. I had the privilege to know and love Dickie and his family over many years. Wonderful fun filled times that make for great memories. Dickie had a big heart that affected so many. Whether it be hunting, fishing, golf, or just hanging out, we all enjoyed the laughter and fun. Sometimes laughing until we cried. There are so many great stories that we all will cherish forever thanks to Dickie. Love you man.......
Comment Share
Share via:
WN

Posted Nov 02, 2020 at 01:44pm
Whether it was combing the fields off Bennett's Lane for pheasant, or jigging Fluke deep in the ocean aboard the Joint Venture, or simply talking about life, the list of fond memories accumulated over 35 years is long and will not be forgotten. You were an amazing friend to my father, my family, and me - and your generosity knew no bounds. Fair winds and calm seas, until we meet again...Bill Nagy, Oceanport NJ
Comment Share
Share via:
T

Posted Nov 01, 2020 at 05:49pm
Going to miss Dickie very much. I spent quite a few years working and playing hard at the body shop. So many wonderful memories....grateful for all of them.
Tucker
Comment Share
Share via: 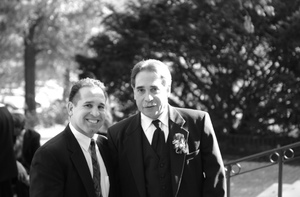 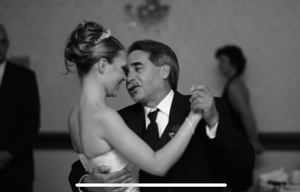 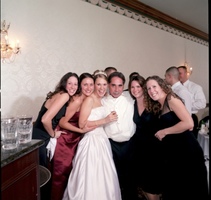