Obituary for Rev. Shirley A. Montanari 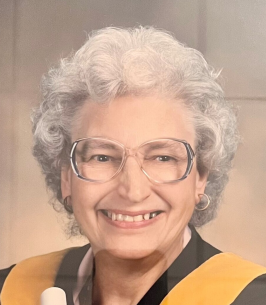 Rev. Shirley A. Montanari, 89, passed away surrounded by her children on Saturday, October 01, 2022, at Parker in Somerset, New Jersey.

Mrs. Montanari was born November 05, 1932, in Newark, New Jersey to the late William and Marie (Elgeti) Niebergall. She grew up in Newark and Bellville, New Jersey. She married Giotti (Rick) Montanari in 1954, and moved to Bloomfield, then to Riverdale, where she lived for many years. After retiring, Shirley made her home in Monroe Township, until relocating to Somerset recently.

Shirley began her career at Smarties Candy Company. She then held many secretarial positions at various offices and church settings. She was a longstanding member of Pompton Reformed Church until her ordination as a minister in 2009. Shirley was involved in a variety of church organizations. She sang in the choir and played in the handbell choir because of her love of music and passed this passion to her children. Shirley enjoyed playing the piano, embroidering, traveling, shopping, being outside, and cheering for the Boston Red Sox. She was also competitive at card games, particularly pinochle and cribbage. Above anything else, Shirley cherished spending time with her family.

Mrs. Montanari was predeceased in 2013 by her husband Giotti; her brother, Edward Niebergall, and her sister, Margaret Montanari. She is survived by her daughters, Marie Montanari-Tokonitz (husband: Edward) and Phyllis Montanari; her son, George Montanari (wife: Mary Anne); her grandchildren, Michael (wife: Julie), Sarah (Greg Delahanty), and Mark (Debbie Richards); and her great granddaughter, Autumn Rose; and many nieces and nephews.

Funeral services will follow on Wednesday, beginning at 11:00 A.M. at the Pompton Reformed Church.

Interment services will be held privately at a later date.

Since she was an avid lifelong learner, and encouraged others in their educational pursuits, in lieu of flowers please consider donations in Rev. Shirley A. Montanari’s name to either of these scholarship funds: