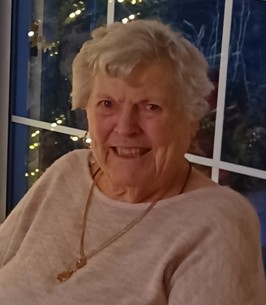 Peggy Ann Yatauro, of Whiting passed away on Tuesday, August 2nd at the Community Medical Center in Toms River. She was 88.

Born and raised in New Brunswick to Elwood & Leona Huff, she lived in Edison for 50 years before moving to Monroe in 2007 then to Whiting in January 2021.

Peggy graduated from Middlesex County College in 1974 with an associates degree, then worked as a Paraprofessional in the Edison Township School District. As a dedicated professional in the field of education, she was an active member of ETEA, MCEA and the NJEA and served on their boards for over 20 years, receiving several awards for her volunteer work. After retiring in 1997 she continued to remain active in the MCREA.

She also enjoyed social time, dining and special events with many new friends at Crestwood Manor, where she lived in Whiting. But her greatest joy in life was spending time with her husband of 59 years, Ben, her children & grandchildren and the surprise and enjoyment of becoming a great-grandmother.

Her husband, Bernard Yatauro died in 2015. She was also predeceased by her parents, Elwood & Leona Huff; and grandson, Nicholas Gessner.

Visitation will be held on Saturday, August 13th from 9 to 11 AM at the Gleason Funeral Home, 1360 Hamilton Street, Somerset with funeral services at 11 AM. Entombment to follow in Franklin Memorial Park Cemetery, North Brunswick.

In lieu of flowers donations in her loving memory can be made to the John Dietz Education Award; checks payable to Crestwood Manor Education Fund and mailed to - Crestwood Manor, Attention: Jeff Tuite, 50 Lacey Road, Whiting, NJ 08759