To share your memory on the wall of Patrick Barker, sign in using one of the following options:

Consider providing a gift of comfort for the family of Patrick Barker by sending flowers.

We encourage you to share your most beloved memories of Patrick here, so that the family and other loved ones can always see it. You can upload cherished photographs, or share your favorite stories, and can even comment on those shared by others.

Posted Aug 16, 2020 at 03:27pm
Deepest condolences to the family .Know that you are in our thoughts and prayers during these difficult times.
Comment Share
Share via:
SS

Stanley Sumner My condolence to the entire Barker/Walcott family on the passing of of my friend Patrick. May God comfort you in your time of the loss of your loved one. His memories will always be treasured. May he rest in peace. Stanley & Malita Sumner
SS

Stanley Sumner My condolence to the entire Barker/Walcott family on the passing of of my friend Patrick. May God comfort you in your time of the loss of your loved one. His memories will always be treasured. May he rest in peace. Stanley & Malita Sumner
JP

Posted Aug 14, 2020 at 09:15pm
To: Mrs. Barker & Davin. My condolences to your family during this difficult time. I'm a Seton Hall classmate of Davin's and while I did not know Mr. Barker personally i'd like to extend my gratitude to you for raising a wonderful son. We are all placed on this earth with an assignment on our life and the decision to become a parent is a lasting decision that will impact generations to come. Your legacy will continue to live on in Davin. Rest in peace.
Comment Share
Share via:
HL

Posted Aug 13, 2020 at 09:00pm
My condolences on behalf of the Liverpool family to the Baker family in the US and Canada.
Patrick was a great guy and son of Golden Grove and Nabaclis ECD
One of Guyana's sons has exited.
May his soul rest in perfect peace ➕
Comment Share
Share via:
VB

Posted Aug 13, 2020 at 02:06pm
To: Freda and Davin
My sincere sympathy to you and the family on the passing of my dear friend Patrick, your husband and father. May God comfort you through this difficult time of loss. This comes with great Love.
Peace and Love,
Victor and Yvonne Bobb
Comment Share
Share via:
WM

Posted Aug 13, 2020 at 12:30am
My sincere condolance to the entire family. You were a Great son of Guyana's soil. Nabaclis has lost a great son, community committed dedicated and involved. You contributed in multiple ways to your country and local community of your birth. Great is thy faithfulness. May grant you eternal rest
Comment Share
Share via:
DA

From Donna Abrams Nabaclis/Guyana Sincerest condolences to the entire Barker/Walcott family. May God comfort you in this your time of bereavement. May his soul rest in peace. 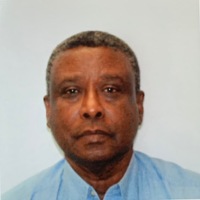 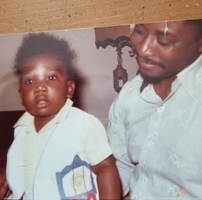 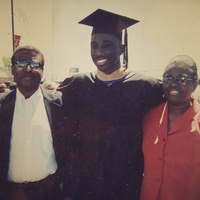 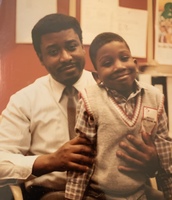