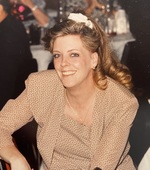 Ms. Slattery was born February 8th, 1961 in New York City to the late James and Mary Anne (Port) Slattery. She resided in Connecticut, before relocating and settling in North Brunswick, New Jersey.

Patricia was a longtime parishioner at St. Augustine of Canterbury Roman Catholic Church in Kendall Park, NJ. She had a productive and rewarding career in insurance including her time at Kislak, Chubb, and NIA Group where she worked for many years. Her interests included reading, knitting, and cheering for the Pittsburgh Steelers. She will be forever missed by many.

Ms. Slattery was preceded in death by her twin sister, Eileen Bajek.

A Mass of Christian Burial will be celebrated at 10:00 A.M. on Friday, March 11th at St. Augustine of Canterbury Roman Catholic Church in Kendall Park, NJ. Burial will follow at Holy Cross Cemetery in East Brunswick, NJ.

In lieu of flowers, please consider a donation to the American Lung Association.