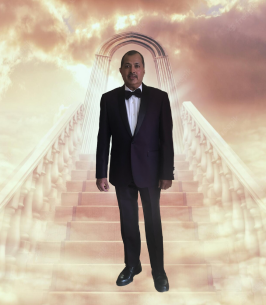 Nutandeo Gupta Jagdeo, of Somerset passed away on Saturday, October 22nd at the Robert Wood Johnson University Hospital in New Brunswick. He was 61 years old.

He was born in Albion, Guyana where he later met his wife Kawalpattie Jagdeo. Over the course of 40 years, they stayed through thick and thin, and migrated from Guyana to the United States, later finding their home in Somerset, New Jersey since 1999 where they raised their children.

Nutan worked as a Maintenance Mechanic at the Parker Nursing Home in Piscataway. He enjoyed the game of cricket, DIY projects around the house, cooking, and above all spending time with his family. He always gave a word of encouragement or a quote of wisdom to uplift those around him. Giving to others gave him life.

Visitation will be held on Thursday, October 27th from 5 to 9 PM at the Gleason Funeral Home, 1360 Hamilton Street, Somerset. For those wishing to attend the visitation virtually via Zoom please click HERE
and enter passcode 996476.

Funeral service to follow on Friday, October 28th at 9:30 AM at Franklin Memorial Park, 1800 Route 27, North Brunswick with cremation to follow.

Between the dates of October 24th and October 28th, the family will be holding The Wake, where family and friends are welcomed between the hours of 5 and 9 pm. The Wake is being held at the Jagdeo Residence in Somerset, New Jersey