To share your memory on the wall of Milton Tupler, sign in using one of the following options:

Print
Milton W. Tupler, of Somerset passed away on Friday, March 12th at home. He was 82.

Born in Baltimore, Maryland and raised in Miami Beach, Florida, he has lived in Somerset for 58 years.

He served in the US Coast Guard Rese... Read More
Milton W. Tupler, of Somerset passed away on Friday, March 12th at home. He was 82.

Born in Baltimore, Maryland and raised in Miami Beach, Florida, he has lived in Somerset for 58 years.

He served in the US Coast Guard Reserves during the late 1950s/early 1960s. He graduated from University of Miami in 1960 and that’s where he met his wife Susan. He then worked as a Manufacturing Representative for various companies throughout the New York City area and various locations on the East Coast.

As a sports fan, Milton enjoyed playing golf, pickle ball, tennis, softball and bocce ball as well as skiing. He was also a member of the Temple Beth El’s Men’s Club in Somerset and numerous clubs in Somerset Run. Most of all he enjoyed spending time with his family and friends.

He was predeceased by his parents, Ben & Sally Tupler; and three brothers, Austin, Harold and Stanley.

Surviving are his wife of 58 years, Susan; sons and daughters-in-law, Andrew & Dara of Seaside Park and Eric & Jane of Greenwood Village, Colorado; daughter and son-in-law, Teri & Jonathan Friedland of Phoenix, Arizona; and 6 grandchildren.

Funeral services have been held privately under the direction of the Rabbi Garfinkel of Temple Beth El, Somerset and Gleason Funeral Home, Somerset.

Donations in his loving memory can be made to Temple Beth El, 1489 Hamilton Street, Somerset, New Jersey 08873, or go to: https://tbeonline.weebly.com/give.html.

In lieu of Shiva the family will be greeting family and friends via Zoom. Please contact a family member for more information.
Read Less

Consider providing a gift of comfort for the family of Milton Tupler by sending flowers.

We encourage you to share your most beloved memories of Milton here, so that the family and other loved ones can always see it. You can upload cherished photographs, or share your favorite stories, and can even comment on those shared by others.

Posted Mar 15, 2021 at 09:03am
I was so saddened to hear of the passing of Milt. He was such a nice, kind and true gentleman. I had many good times playing tennis on Monday evenings with all the men, thank you Milt for your friendship. We had many laughs and great tennis.
May your loved ones memories of you lie safely in their hearts and minds. Thank you for sharing a great man with all of us.
Comment Share
Share via: 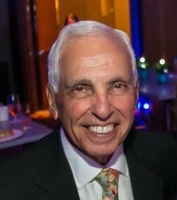