To share your memory on the wall of Mattappallil Thomas, sign in using one of the following options:

Mattappallil had a real zest for life. Annamma and he loved to travel – they visited many different countries around the world and cherished spending 3 months every year living in Trivandrum, connecting with their Indian roots. Mattappallil was diligent about keeping fit, observing a healthy diet, and exercising frequently. He was also a great sports enthusiast – he loved watching all types of sports, but his treasured sporting event was attending the US Open Tennis tournament every year in NYC.

After Annamma passed away in 2010, Mattappallil moved to Monroe, NJ. Surviving him are his son and daughter-in-law, Saju & Tina Thomas, daughters and sons-in-law, Anju and her husband, Dev Ittycheria, and Niju and her husband, Jacob Samuel, and his 7 wonderful grandchildren.

Visitation will be held on Monday, March 29th from 1 to 5 PM at the St. Stephen Mar Thoma Church, 423 Dunhams Corner Road, East Brunswick. Funeral service to be held on 10 AM Tuesday, March 30th at the church. Burial to follow in St. Bernard’s Cemetery, Bernardsville.

Funeral services are held under the direction of the Gleason Funeral Home, Somerset.
Read Less

Consider providing a gift of comfort for the family of Mattappallil Thomas by sending flowers.

We encourage you to share your most beloved memories of Mattappallil here, so that the family and other loved ones can always see it. You can upload cherished photographs, or share your favorite stories, and can even comment on those shared by others.

3 trees were planted in the memory of Mattappallil Thomas 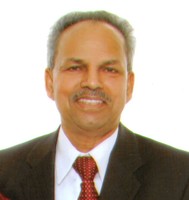