To share your memory on the wall of Marie Almeida, sign in using one of the following options:

Marie Louise Almeida passed away on Thursday November 19, 2020 at Doylestown Hospital. She was 84 years old. She was born on February 16, 1936 and was raised in Brooklyn, New York.
Mrs. Almei... Read More
Marie Almeida
New Hope, PA

Marie Louise Almeida passed away on Thursday November 19, 2020 at Doylestown Hospital. She was 84 years old. She was born on February 16, 1936 and was raised in Brooklyn, New York.
Mrs. Almeida moved to Somerset, NJ in 1971, where she and the love of her life, her husband Dennis, raised their five children. Mrs. Almeida relocated to New Hope, PA in 2004.
Affectionately known as “Grandma Marie” to her grandchildren, Marie cherished time with her family, her best friend Bunny Pearson and visiting loved ones in Brooklyn. She adored Elvis, holiday dinners and was an avid card player, beating many family and friends while playing the family card game appropriately called S.O.B.
Marie was predeceased by her husband Francis “Dennis” Almeida Sr. in 1986, as well as her son Francis “Dennis” Almeida, Jr. in 2016, and grandson Michael Collier in 2004.
She is survived by her children Karen Collier-Malone (Patrick), Marie Louise Almeida, Stephanie Putman (Troy), Anthony Scott Almeida (Leann), and daughter-in-law Susan Almeida.
Marie was predeceased by her brothers Frank Migliaccio and Salvatore Vicari, as well as her sister Antoinette Smith. Marie is survived by her sister Tina Vaglica, her brother Peter Vicari (Phyllis) and her sister-in-law Terry Migliaccio.
For her love, light, and sense of humor, Marie will be lovingly remembered by her grandchildren: Ricky, Ashley, Maria, Lisa, Nicholas, Laura, Alayna, Frank, Sal, Toni, and Mia, as well as her four great grandchildren.
Services are being held privately under the direction of the Gleason Funeral Home in Somerset. In lieu of flowers, donations can be made in Marie Almeida’s name to the Shriners Hospital at www.shrinershospitalsforchildren.org.
Read Less

Consider providing a gift of comfort for the family of Marie Almeida by sending flowers.

We encourage you to share your most beloved memories of Marie here, so that the family and other loved ones can always see it. You can upload cherished photographs, or share your favorite stories, and can even comment on those shared by others.

Posted Nov 23, 2020 at 09:51am
Just want to offer my condolences to the Almeida family. I met Marie when I moved across the street from her. She was such a funny woman and she loved her family to the moon and back. Take peace that she is now with the love of her life Dennis, I will always remember her laugh and her sense of humor.
Comment Share
Share via:
NV

Posted Nov 21, 2020 at 04:38pm
Dear Aunt Marie, how do I pick just one memory of you and what you meant to all of us? It's possible but this page would be as long as the Gettysburg address. you will be missed by me & Barbara. My heart goes out to Karen, Marie, Stephanie and Scott and I pray that they find peace and comfort in the days ahead during their mourning process. I hope & pray that you rest in peace and enjoy being with everyone that has passed on. I want to think of you with your best friend Uncle Dennis and that you are having the time of your lives. One time Uncle Dennis told me that when he asked you to marry him, you were thin and by the time you got married - you weren't but he said he didn't care- he loved YOU. and then he added with a grin -I am not saying she was fat but , her wedding gown had so much material there was enough to make a bed spread - and DRAPES! I always smile at his quick wit. Aunt Marie -rest in peace. Love Nicholas & Barbara.
Comment Share
Share via:

Posted Nov 20, 2020 at 09:09pm
Dear Aunt Marie, I will always remember the good ole days of President St. The families living within two buildings, always surrounded by aunts, uncles, cousins, and the glue of our family Grandma and Grandpa. I couldn't have asked for a better childhood.
I remember coming to see your new home in Somerset, it was SO BIG, and all the kids were chasing each other through the house, out back through the glass sliders and around the front, repeatedly ... until someone closed the slider and Ralph bounced off tee hee
and when we were there visiting for Christmas and ended up staying overnight because of a snowstorm, there was one of those spaghetti trees casting a shadow on the bedroom wall, I was so scared...
The next morning a firetruck came down the street with Santa Claus riding , Ho Ho HO Mer -ry Christmas...
yes, these are memories I will treasure forever.
You are and always will be a part of those memories... Sleep peacefully Aunt Marie
Comment Share
Share via: 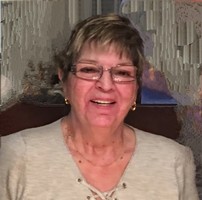 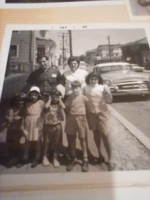 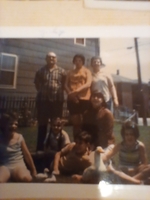 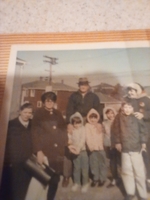