To share your memory on the wall of Marcia Holland, sign in using one of the following options:

As a child, she was adventurous, protective, athletic, and compassionate. She and her brother Dwight would run and play outside in their clubhouse, and she was always there to defend him. She enjoyed dancing and entered dance contests with her late friend Jimmy Scott. As a teenager, she supported her mother in raising her younger siblings. She played volleyball, basketball, softball and was a member of the Masterworks Chorus in high school. In 1967, she graduated from Union High School.

After graduating, she received her Secretary Certification from Kathern Gibbs. She was then employed as a secretary at General Electric Corporation in Newark, New Jersey, achieving her ambition. During her employment, she would meet her future husband, Kenneth L. Holland. Their connection of the two would evolve into a courtship, leading to marriage. Marcia and Kenny were married on April 25, 1970, and blessed with daughters Monica and Kendal; and son Kenneth.

Embracing her role as a mother, Marcia loved doing her children’s hair, baking, cooking, and a supporter of their recreational activities. Marcia became her sons' number one cheerleader and would home coach him when he was wrestling. She would allow Kenneth to practice his wrestling moves on her to hone his skills.

After successfully raising her children, she decided to return to the workforce, gaining part-time employment as an Operator at Overlook Hospital. Through hard work and diligence, Marcia was promoted Executive Secretary to the Director of Pre-certification. After over 30 years of dedication, she ultimately retired as a Pre-Certification Representative in November 2017.

A funeral service will begin at 10:00 A.M. on Saturday at the funeral home. Committal service and interment will follow at Hollywood Cemetery in Union, NJ.
Read Less

Consider providing a gift of comfort for the family of Marcia Holland by sending flowers.

We encourage you to share your most beloved memories of Marcia here, so that the family and other loved ones can always see it. You can upload cherished photographs, or share your favorite stories, and can even comment on those shared by others.

Posted Mar 09, 2021 at 02:02pm
Dear Monica, Kendal; and Kenneth,
Please accept my deepest condolences in the loss of your Mom. Marsha was a very good friend of mine and I had no idea she was even ill. Oh, I am so very sorry. Please stay strong as GOD will never leave you or for sake you and I pray that His hand of comfort will be with you always. God bless you all. 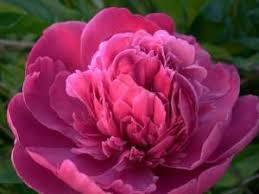 Posted Mar 04, 2021 at 07:11pm
Dear Monica
Know that we are praying for God’s peace and comfort during this most difficult time. Please know that you and your family are in our thoughts and prayers. Remember that weeping endures only for a night but joy comes in the morning.
We love you.
Comment Share
Share via:
RG

Posted Mar 04, 2021 at 09:13am
Marcia was a terrific person and coworker. Always greeted you with a warm smile and something pleasant to say. Extremely saddened to find out she has passed. Our deepest condolences to her family and friends. Thank you Marcia for being the kind and warm person you were.
Comment Share
Share via: 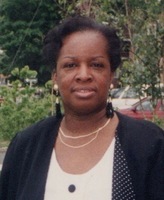