To share your memory on the wall of M. Elsie Porter, sign in using one of the following options:

Provide comfort for the family by sending flowers or planting a tree in memory of M. Elsie Porter

Provide comfort for the family by sending flowers or planting a tree in memory of M. Elsie Porter

Elsie was born December 11, 1923 to Mabel and Charles Wilcox. She was a lifetime resident of New Brunswick moving to Dayton in 2019. She was a graduate of New Brunswick High School and attended Trenton State Teacher’s College before returning home to raise her youngest brother, Richard.

She married her high school sweetheart and the love of her life, Roy in April of 1944. Together they raised five children and who were the center of her universe. Her profession was being a mom and wife which she did with a passion. She was a teacher, a playmate, a peacemaker, and spiritual example for her children and a true partner and best friend to husband, Roy.

Elsie was also the ultimate Jersey Girl, loving to spend her summers at the Jersey Shore. She had a smile that would make her eyes sparkle and just a real knack for making everyone around her feel everything would be all right.

Visitation will be on Tuesday from 4 to 8 at the Gleason Funeral Home, 1360 Hamilton Street, Somerset. Funeral services will begin and 9 a.m. on Wednesday followed by a 10 a.m. funeral mass at Sacred Heart Church in New Brunswick. Entombment will follow at St. Peter’s Mausoleum in New Brunswick.
Read Less

Consider providing a gift of comfort for the family of M. Elsie Porter by sending flowers.

We encourage you to share your most beloved memories of M. Elsie here, so that the family and other loved ones can always see it. You can upload cherished photographs, or share your favorite stories, and can even comment on those shared by others. 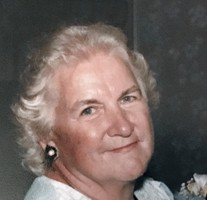