To share your memory on the wall of Louis Auricchio, sign in using one of the following options:

Louis Auricchio Jr. left us all far too soon, but he will never be forgotten. He was a dedicated and loving father, a trusted brother and a loyal friend.

Louis Auricchio Jr. left us all far too soon, but he will never be forgotten. He was a dedicated and loving father, a trusted brother and a loyal friend.

Louis made friends wherever he went—from his time at Delbarton High School on the varsity football team, to his years at the University of Hartford, to his multiple successful businesses he ran throughout his life. Louis became a friend to hundreds in New Jersey and across the country.

Louis’ friends and family have all expressed how positively he impacted them in so many ways, not least of which through humor, unending encouragement, support and ability to love. Louis was always there for anyone in need. He made everyone feel welcome and opened up his heart to so many. No one could ever forget Louis once they met him. Why would they? He possessed a charm like no other.

While his family and friends are devastated by this unexpected loss, they will forever treasure the memories that he has given to so many—the way his wide smile would light up a room, how he walked with strength and with dignity, his warm personality, his vibrant spirit, his generosity and his passion for life.

Louis never took one second of life for granted. As his daughter Christina describes, one day he called out to her to come to the window. “Come look!” he said, pointing out the window. A red balloon was floating up toward the clouds. “Isn’t that a miracle?” he said. What to most would just be a child’s lost and forgotten balloon, to him, was a sign of beauty and hope.

Louis is survived by his sons Louis III and Neil, his daughter Christina, his sister Deborah and brother-in-law John, his brothers James, Frank and Neil, his Uncle Henry , his sister-in-law Donna, his fiancée Lisa, and so many nephews, nieces and cousins Louis loved so much. He joins brother Mickey, mother Roslyn and father Louis in heaven.

Louis’ love will live on in all of us forever.
Read Less

Consider providing a gift of comfort for the family of Louis Auricchio by sending flowers.

We encourage you to share your most beloved memories of Louis here, so that the family and other loved ones can always see it. You can upload cherished photographs, or share your favorite stories, and can even comment on those shared by others.

Posted Feb 22, 2021 at 02:30pm
My sympathies to the family for your loss. I know he will be missed, but he will be remembered fondly. RIP
Comment Share
Share via:
FV

Posted Jan 16, 2021 at 01:19pm
My dear cousin louis,you were a shining star in a sky full of stars .your time on this earth was way to short.As you would always say to me*LOVE YOU CUZ*NOW I SAY BACK TO YOU ONE FINAL TIME*LOVE YOU CUZ.
Comment Share
Share via: 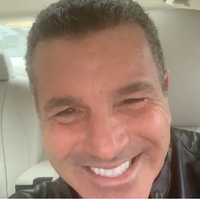 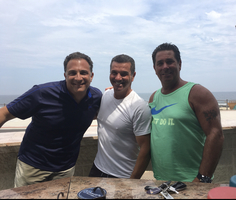