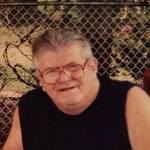 Mr. Troulis was born in New Brunswick. He graduated from New Brunswick High School where he excelled as a gymnast. He then went on to serve our country faithfully in the United States Army and was discharged honorably. He resided in Somerset and North Brunswick for many years.

Mr. Troulis was the owner of Troulis Construction Co. After nearly 50 years of operating his company he retired at the age of 75.

He was predeceased by his brothers Emanuel and Steven Troulis and his parents William (Vasilios) and Roxanne Troulis.