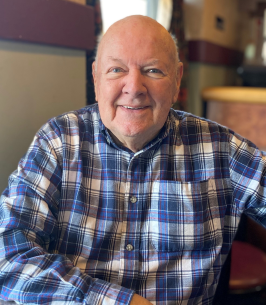 Lieutenant John F. Cannon (Ret.)
Mr. John F. Cannon passed away on Saturday at the Ramapo Ridge
Hospital in Wyckoff, NJ. He was 82 years old.
Mr. Cannon was born in Ashland, PA. He spent his early childhood there
prior to his family relocating to New Brunswick. He graduated from New
Brunswick High School, class of 1958. After working several years as a
machinist, Mr. Cannon became a New Brunswick Police Officer. He served
the department for over 28 years before retiring as a Lieutenant in 1995.
Mr. Cannon also owned and operated Cannon Messenger Service. He
enjoyed working with many local law firms and banks in the New Brunswick
area.
Mr. Cannon was a race car enthusiast and enjoyed watching Indy, Nascar
and drag racing. He also enjoyed frequent visits to his home town in PA. He
was an avid gardener, photographer and loved being with his family.
He was predeceased by his wife Dorothy Cannon in 2015.
He is survived by his children John Cannon Jr. and his wife Darlene of
North Brunswick, William Cannon and his wife Jennifer of South Brunswick,
and Diane Panella and her husband Luke of Belvidere. He is also survived
by his siblings Joseph Cannon and his wife Mary Ann of Barnegat, Frank
Cannon and his wife Sharon of New Brunswick and Marge Bukowski of
North Brunswick, and his grandchildren, Sean, Bridget, Caroline, Angelina
and Catherine.
Visiting will take place on Thursday August 4, 2022 from 4-8 PM at the
Gleason Funeral Home 1360 Hamilton Street in Somerset. Funeral
services will begin on Friday August 5, 2022 at 9:15 AM at the funeral
home followed by a 10 AM funeral mass at Our Lady of Peace R.C. Church
in North Brunswick. Committal services will follow at St. Peter’s
Mausoleum in New Brunswick