To share your memory on the wall of Leonard Cancell, sign in using one of the following options:

Print
Leonard N. Cancell, of Somerset, passed away on Wednesday, November 4th at St. Peter’s University Hospital in New Brunswick. He was 87.

Born in New York City, he lived in various places throughout North New Jersey. He settled in Fair... Read More
Leonard N. Cancell, of Somerset, passed away on Wednesday, November 4th at St. Peter’s University Hospital in New Brunswick. He was 87.

Born in New York City, he lived in various places throughout North New Jersey. He settled in Fairlawn for many years before moving to Somerset in 2015.

A proud US Navy veteran, Leonard served during the Korean War.

He worked as a Commercial Realtor for New Plan Realty Trust in New York City for nearly 40 years.

Leonard was an avid bowler and golfer who loved playing poker and gambling in Atlantic City. He as also a fan of New York Mets baseball and New York Giants football.

He was predeceased by his parents, Morris & Rose Cancell.

Surviving are his wife of 60 years, Natalie (Wieluns); sons and daughters-in-law, Michael & Gina Cancell of Somerset and Steven & Paula Cancell of Marlton; sisters, Harriette Notkin and Pearl Kwartler, both of North New Jersey; and 4 grandchildren, Nick, Kaitlyn, Alex and Sami.

Funeral arrangements have been handled privately under the direction of the Gleason Funeral Home, Somerset, New Jersey.
Read Less

Consider providing a gift of comfort for the family of Leonard Cancell by sending flowers.

We encourage you to share your most beloved memories of Leonard here, so that the family and other loved ones can always see it. You can upload cherished photographs, or share your favorite stories, and can even comment on those shared by others. 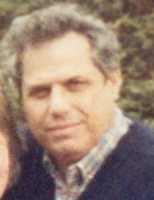