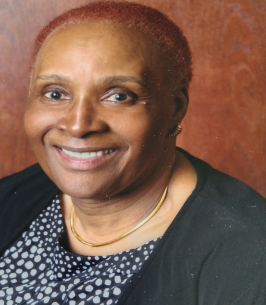 Mrs. Laverne Tellis-Stephens, a longtime resident of North Brunswick, NJ passed away at home on August 1st, 2022. Laverne, affectionately known as “El-La", was born May 13th, 1950, to the Late Eva Mae Tellis-Griffin & George Cannon, in New Brunswick, NJ. She was 72 years old.

LaVerne was educated through the Franklin Township Public School System & graduated from Franklin High School in 1968. Afterward, she attended Middlesex County College. She was previously employed at Littman Jewlers, as a diamond ologist. LaVerne, prior to her death, was employed at both Brooks Warehouse & Stop & Shop, where she gave her service & time for over 30 years.

LaVerne or “El-La” was most defiantly a force to be reckoned with! She was loving, full of wisdom & gave it all straight with no chaser. Never did she waver in her availability to lend a listening ear & support. Out of 6 girls, she’d be the one most known to look & act like her mother, Mae. LaVerne was well known for her famous potato salad, a staple at any family gathering. LaVerne was a lover of most sports, especially golf & softball. She too, was an avid fan of the Baltimore Ravens & New York Yankees.