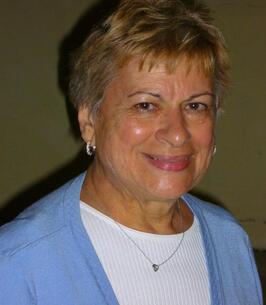 Mrs. Josephine M. Catanese passed away on Saturday at Southern Ocean Medical Center in Stafford Township. She was 88 years old. She was a longtime resident of East Brunswick and Harvey Cedars on Long Beach Island.

Mrs. Catanese was born and raised in New Brunswick. She moved to East Brunswick with her husband Lawrence where they couple would raise children of their own. Mrs. Catanese stayed at home while her boys were young but returned to the work force a bit later in life. She was employed for over twenty-four years by Rutgers University as the Assistant Program Director of the Continuing Education Engineering Department. She retired in 2004.

She enjoyed her retirement traveling the globe with her husband. The two would tour Italy, visit Bermuda, Hawaii and Central America. Just last year, she enjoyed a cross country road trip visiting nineteen states and many of our national parks.

She was a lifetime parishioner of St. Mary of Mount Virgin Church in New Brunswick. Mrs. Catanese was a dog lover and cherished her little Sparky, Champ, Timo and Thunder. She was known to be a wonderful cook, enjoying relaxing by her koi pond and spending time with her family.

She is survived by her sons Lawrence Catanese of Hopewell and Dr. Dominic Catanese and his wife Beth of Bedford, NY and their children Isabella and Julia. She is also survived by her nephews Anthony Catanese, Peter Maimone, Russell Maimone, Frank Maimone, Robert Toms and niece Carolyn Carol.

Visiting will be held from 2-4 and 7-9 on Thursday September 29, 2022, at the Gleason Funeral Home 1360 Hamilton Street in Somerset. Services will begin on Friday morning September 30 at the funeral home at 9:15 followed by a 10 AM funeral mass at St. Mary of Mount Virgin Church in New Brunswick. Interment will follow at St. Peter’s Cemetery in New Brunswick.