To share your memory on the wall of Joseph Formola, sign in using one of the following options:

Print
Joseph Formola, of Colonia, passed away on Wednesday, December 9th at home. He was 74.

Born and raised in Brooklyn, New York, he has lived in Colonia since 1976.

Joe studied Aircraft Maintenance at Aviation High School in Q... Read More
Joseph Formola, of Colonia, passed away on Wednesday, December 9th at home. He was 74.

Born and raised in Brooklyn, New York, he has lived in Colonia since 1976.

Joe studied Aircraft Maintenance at Aviation High School in Queens, where he was a member of the Fencing Team and the National Honor Society before graduating in 1964. He then enlisted in the United States Navy where he served stateside at Floyd Bennett Field, Brooklyn.

Following his Honorable Discharge from the Navy in 1970, Joe began his career with the IBM Corp, working as an Application Programmer and Senior System Analyst in various areas of New York and New Jersey until 1998. Over the next several years, he continued his career as an Application Programmer with Solomon Smith Barney, the American Stock Exchange and Hartford Life Private Placement before leaving the computer field to become an Instructor/Faculty Member at Community Safety Consultants in Metuchen, where he worked for over 11 years. He also served as an EMT in Metuchen and Woodbridge.

For over 15 years he was an active and dedicated volunteer with the Community Emergency Response Team (CERT) in Woodbridge Township, where he served as Deputy OEM, Coordinator, Senior Training Officer, EMT and Senior Instructor specializing in WMD Radiological/Nuclear Hazardous Materials, WMD Radiological/Nuclear Awareness, CPR/AED, First Aid and Bloodborne Pathogens. He was also an active and dedicated volunteer with the Vietnam Veterans of America, Inc., serving as Chaplain for the New Jersey State Council. Joe also helped counsel and aid veterans in need through the VVA and the Veterans Affairs

He was a longtime parishioner of St. John Vianney’s RC Church in Colonia, where he served as an Usher at the 12:15 Sunday Mass and Eucharistic Minister, often administering the Blessed Sacrament to the homebound.

A true patriot, Joe was very proud of his country, his military service and his service to the community. He was a fan of all things military, especially Navy, American History and later in his life all things medical and first aid. He was also an avid reader, loved electronic gadgets as well as model airplanes and ships. His favorite activities included watching Jeopardy!, listening to Willie Nelson, going out to eat, spending time with his family and friends and helping others in need. As a humanitarian, Joe touched countless lives through his volunteer work both locally and throughout the state. But above all, he was a loving husband, supportive father and proud grandfather. He will be truly missed by everyone that knew him.

Visitation will be held on Monday, December 14th from 3 to 6 PM at the Gleason Funeral Home, 1360 Hamilton Street, Somerset. Please note that due to Covid restrictions attendance will be limited at the funeral home. Funeral services will be held on Tuesday, December 15th at 8:15 AM at the funeral home, followed by a 9:30 AM Mass at St. John Vianney’s RC Church, Colonia. Committal service to be held privately.

Donations in lieu of flowers can be made to the Community Emergency Response Team (CERT), care of Bryan Austin, 1 Main Street, Woodbridge, New Jersey 07095 in Joe’s loving memory.

Consider providing a gift of comfort for the family of Joseph Formola by sending flowers.

We encourage you to share your most beloved memories of Joseph here, so that the family and other loved ones can always see it. You can upload cherished photographs, or share your favorite stories, and can even comment on those shared by others.

Posted Mar 07, 2021 at 10:22pm
Joe and Jackie were our neighbors for 44 years. Joe was the kindest most considerate person you would ever want to meet. My Mom was in the Navy like Joe and he fondly called her “sailor”. We recently sold out home in late November due to my mom and brother’s passing so I just found out about Joe. I am so sorry our family was not there to pay our respects to such a wonderful man. I know he is in heaven laughing with my Mom. With Deepest Sympathy. The Buczynski Family
Comment Share
Share via:
DM

Posted Dec 23, 2020 at 05:13pm
Joe was a friend and brother who will be missed dearly. He always had a smile on his face and would be there for you if it was necessary.
Joe my brother R.I.P.
Comment Share
Share via:
KT

Posted Dec 16, 2020 at 04:32pm
You will be truly missed. My deepest sympathy and prayers to Jackie! We had great times at lunch in Newark. It was always a pleasure having you call me your niece. I am really to going to miss your smile!💔RIP Joe
Comment Share
Share via:
SB

Posted Dec 15, 2020 at 03:09pm
The news of your passing away was very hard on our entire First aid team.
Your ever smiling face will be missed. Our First Aid classes will not be the same anymore.
My deepest condolences to the entire family.
May your soul rest in peace.
Comment Share
Share via:

Posted Dec 15, 2020 at 03:02pm
I'll miss you Joe. Thanks for all the first responder training. You were a master of delivering punchlines perfectly. You made me laugh, deep belly laugh to the point of crying, on many occasions. I love your joke about liking Polish food, golupki, golumpki roschiki, but the only one you won't eat is the garage key. You weren't afraid to say out loud, the things that I would only think but wish I could say, and it made you so fun to be around. You were a great teacher and directly or indirectly helped so many people.
Comment Share
Share via: 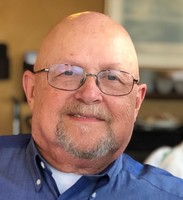 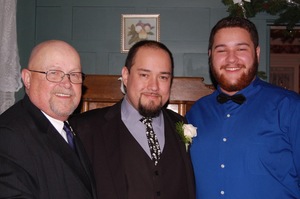 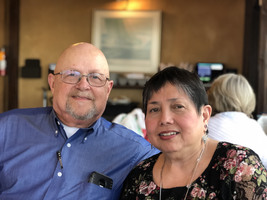 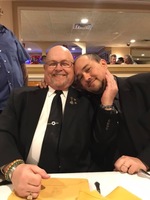