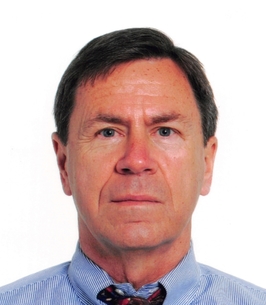 John Podskoc, of Somerset passed away on Saturday, July 16th at the Somerset Woods Rehab and Nursing Center in Somerset surrounded by his family. He was 79.

Born in Newark, he spent his younger years in Wilkes-Barre, Pennsylvania before moving back to Newark at age 12, returning to Wilkes-Barre after high school to attend Kings College. After graduation he began his career as a Spanish teacher at Union Catholic High School in Scotch Plains, later becoming head of the department.

After spending several years as a teacher, he switched his career to finance, initially working for the Comptroller of the Currency then later for several large banks such as Irving Trust and the Bank of New York.

John was an avid runner, participating in many races including the New York City Marathon. He also enjoyed skiing, tennis, cycling, and the New York Giants.

Surviving are his sons and daughter-in-law, Christopher & Danielle and Michael, all of New York; and his ex-wife, Madeline Podskoc of Somerset.

In lieu of flowers the family asks that donations in his loving memory be made to the Michael J. Fox Foundation for Parkinson’s Research, PO Box 5014, Hagerstown, Maryland 21741-5014, by phone at (800) 708-7644, or click HERE to donate to John’s personal tribute page.