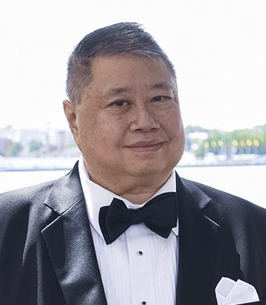 Mr. Leong was born in Manhattan and was raised in New York City. He graduated from Brooklyn Technical High School and furthered his education at the City College of New York where he earned a bachelor’s degree in architecture.

After marrying his wife, Alice, in 1981, he relocated to Somerset where they would raise their family. He was employed as an Architect by Gruzen Samton, Rothe-Johnson/Fletcher Thompson, and most recently by NK Architects. After a long career in architecture specializing in healthcare and educational facilities, he retired in 2020.

Mr. Leong was a longtime parishioner of St. Matthias Church where he served the parish community as a Eucharistic Minister. He was also a devout New York Yankees Fan.

Visiting will be held on Thursday August 4 from 9:30 AM – 10:30 AM at the Gleason Funeral Home 1360 Hamilton Street in Somerset. A funeral mass will follow at St. Matthias Church in Somerset. All services will conclude at church.