To share your memory on the wall of Honesto Quijano, sign in using one of the following options:

Honesto was born February 16, 1944 in San Juan, Batangas, Philippines. He graduated from Batangas Eastern Academy and Far Eastern University. He immigrated to the United States and studied accounting at Pace University and computer science at New York University.

Better known as 'Boy' to relatives, he lived in Queens, NY when he married his beloved wife Victoria on April 14, 1973. He moved and resided in Jersey City, NJ where he raised his family until relocating to North Brunswick in 1988 and has resided there since.

He was a parishioner of Our Lady of Peace Church in North Brunswick. Honesto was predeceased by his wife Victoria in 2013. He is survived by his children, Vanessa N. Quijano of Jersey City, and Delfin J. Quijano and his wife Kristine of Somerville, sister Rosalinda Quijano, grandchildren Nicolas and Kayla and nephews Col. Rex Bumanglag and RJ Bumanglag along with other extended family.

Visitation will take place on Monday, March 29 and Tuesday March 30 from 3:00 - 7:00 PM at the Gleason Funeral Home, 1360 Hamilton Street in Somerset, NJ. Funeral services will begin at 8:30 AM on Wednesday, March 31 at the Gleason Funeral Home followed by a 9:30 AM funeral mass at Our Lady of Peace Church in North Brunswick, NJ. Committal services will follow at Franklin Memorial Park.
Read Less

Consider providing a gift of comfort for the family of Honesto Quijano by sending flowers.

We encourage you to share your most beloved memories of Honesto here, so that the family and other loved ones can always see it. You can upload cherished photographs, or share your favorite stories, and can even comment on those shared by others.

Posted Mar 29, 2021 at 03:09pm
Dear Vanessa. There are no words that can assuage the unbearable grief you now endure; for that you have my sincerest and most heartfelt condolences. I can offer with confidence that, in time, the day will come when the ache of this loss becomes displaced by the smiles and cherished memories of a man who so wonderfully touched the lives of so many. May God bless you, your family, and your beloved dad. With love and caring, Marcus.
Comment Share
Share via: 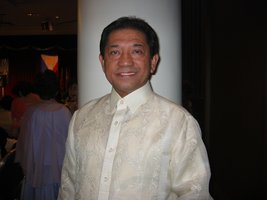