Obituary for Helen A. Vardakis 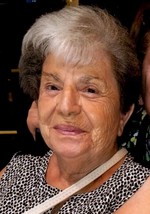 Mrs. Vardakis was born November 18, 1931 in Highland Park, New Jersey to the late George and Katina (Bouhlakis) Alfieris. She was raised in New Brunswick where she married and started her family before relocating to East Windsor and building two iconic local businesses. Helen and her husband, George, were the owners and hardworking operators of Stewart’s Root Beer and Dairy Queen of East Windsor for 40 years. Upon their retirement, she moved to Hamilton township where she lived for the last 20 years.

Her passion for traveling and her family abroad began with her 6-week honeymoon through Europe and ended in Greece where she met both her new and existing relatives for the first time. There she earned a lifetime of love and admiration, frequently visiting and hosting friends and family who will miss her dearly.

Helen had been active in many Greek/Cretan American organizations, church socials and cultural clubs throughout her life. Among them, she was a lifelong member of the Pancretan Association of America. She was the former 1st lady to her husband, the organization’s National President for 4 consecutive years, and routinely traveled throughout the country in her and her husband’s roles.

Mrs. Vardakis was preceded in death by her loving husband of 43 years, George Vardakis; her brother, Michael Alfieris and a sister-in-law Liberty “Libby” Avgerakis-Alfieris.