Obituary for Harry Such 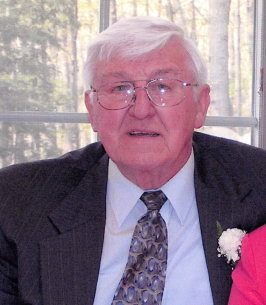 Harry Such (87)passed away on Wednesday, June 15, 2022, at St. Peter’s Hospital in New Brunswick surrounded by his loving family.
He was born in South Amboy and raised in Sayreville. He belonged to Teamsters Local 701 as a driver for Oughton and Sons, Burlington Mills, Herman Forwarding and later for Johnson & Johnson. He had a lengthy fifty-year career and was awarded the American Trucking Association’s Million Mile Driver Safety award.

He resided in the Rutgers Village section of New Brunswick and was a part time resident of Mystic Island, where he enjoyed fishing and crabbing with his son-in-law and two grandsons. He was a longtime parishioner of Sacred Heart Church in New Brunswick where he volunteered as an usher, played guitar with the folk group, was a CYO advisor and coached CYO sports. He also played in local New Brunswick softball leagues. He loved having his family together, never missing an opportunity to attend his grandson’s activities as well as volunteering his time while they participated in Robotics at St. Joseph’s high school.

He enjoyed travelling and visited Hawaii and Italy along with trips to Atlantic City. He was a member of the New Brunswick Senior Citizens Center where he enjoyed Thursday afternoon card games with fellow members. He was a dedicated NY Rangers and NY Giants fan.

He is survived by his loving wife of sixty-eight years, Julie Such. He is also survived by his daughters Diane Mulvey and her husband Patrick of North Brunswick and Donna Coyle of New Brunswick, his two grandsons Patrick Mulvey Jr., and Matthew Coyle and sister Joan Powell of East Brunswick.

Visiting will take place on Monday June 20, 2022, from 4-8 PM. Funeral services will begin on Tuesday June 21, 2022, at 9:15 at the Gleason Funeral Home followed by a 10 AM funeral mass at Sacred Heart Church in New Brunswick. Committal services will follow at St. Peter’s Mausoleum in New Brunswick. In lieu of flowers please consider a contribution in Mr. Such’s name to St. Jude’s Children Hospital at www.stjude.org