To share your memory on the wall of Francisco Najarro-Lopez, sign in using one of the following options:

Mr. Najarro was born June 04, 1938 in Guatemala to the late Enrique and Conception (Lopez) Najarro. He lived ... Read More
Francisco Najarro, 82, passed away on Thursday, February 18, 2021 at Robert Wood Johnson at Somerset in Somerville, New Jersey.

Mr. Najarro was born June 04, 1938 in Guatemala to the late Enrique and Conception (Lopez) Najarro. He lived in Manville, New Jersey for 7 years and was previously from Taylorsville, Georgia.

Francisco was a carpenter for many years…..

Mr. Najarro was preceded in death by his ten brothers and one sister.

Consider providing a gift of comfort for the family of Francisco Najarro-Lopez by sending flowers.

We encourage you to share your most beloved memories of Francisco here, so that the family and other loved ones can always see it. You can upload cherished photographs, or share your favorite stories, and can even comment on those shared by others.

Posted Feb 22, 2021 at 03:40pm
May you find comfort in your faith, your family, and your friends. So very sorry for your loss.
Comment Share
Share via: 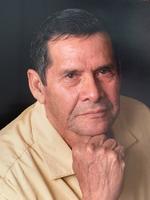