Obituary for Erlinda B. Bayan 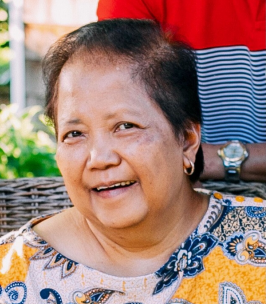 Ms. Erlinda “Linda” Bayan passed away peacefully on Sunday November 6, 2022 at her home in Somerset with her family at her side. She was 73 years old.

Linda was born and raised in Bo. Lutucan in Quezon, Philippines. She completed her nursing education at Marian School of Nursing in the Philippines and then decided to relocate to Montreal, Canada to start her nursing career. She eventually moved to the United States a few years later. She lived in Woodside, Queens and then Jersey City, New Jersey before finally residing in Franklin Township – Somerset.

She was employed for thirty years as a registered nurse at St. Peter’s Medical Center in New Brunswick and was a longtime parishioner of St. Matthias Catholic Church in Somerset, New Jersey.

Linda enjoyed playing mahjong with her friends and traveled the world extensively with her sister, Dorie. She also enjoyed spending time surrounded by her grandchildren during family gatherings and spoiling them during the holidays.

Linda was predeceased by her parents Juan and Presentacion Bayan; her brother, Gil Bayan; and her sister Adoracion “Dorie” McCoy.

A funeral mass will take place on Monday November 14, 2022 at 10:00 am at St. Matthias Catholic Church in Somerset. Entombment services will follow at Resurrection Mausoleum in Piscataway, New Jersey.