To share your memory on the wall of Edward Natale, sign in using one of the following options:

Ed was born March 15, 1960 in Newark, NJ to the late Edward Sr. and Nancy (Del Mastro) Natale. He was raised in Livingston, NJ and moved to Bridgewater, where he and his family resided for nine years. Ed then relocated to Raritan Township, before settling in Upper Black Eddy, PA in 2016.

He graduated from Livingston High School in 1978; it was where he and his wife met in their senior year. They were married in 1982 and raised five beautiful children.

Ed worked for over 20 years at Midtown Provision in Newark. Upon his relocation to Hunterdon County, he worked as a meat cutter at BJ’s Wholesale Club in Flemington. He was a former member of the Buck-N-Bird Hunting Club in Edison and an active member of the Bridgeton Township Sportsman Association. Ed loved deer and bird hunting. He was also an avid vegetable gardener, having planted more vegetables then knew what to do with. Above all, Ed was a passionate gun collector and especially loved “ringing steel” while target practicing. Ed was full of humor and at times had no filter. He had a gift to talk to almost anyone and wouldn’t miss a single detail while explaining his story or passing on some of his knowledge. Ed will be truly miss by so many.

Mr. Natale is predeceased by his maternal grandmother, Josephine Heinze.

He is survived by his wife of 41 years, Toby Natale; his five children, Michelle Koyfman and her husband Boris of Annandale; Anthony Natale and his wife Joei of Levittown, PA; Gina Natale of Flemington; Donna Natale and her fiancé John Mercurio of Port Murry and Eddie Natale III and his significant other Nina of Upper Black Eddy, PA. He is also survived by his brother, Patrick A. Natale of Livingston; his grandchildren, Anthony Jr., Matthew and Vincent and his niece Nina; his nephews, Dominic and Robert and many friends and extended family.

In lieu of flowers, please consider donation in Mr. Edward Natale Jr.’s name to Hunterdon Healthcare at www.foundation.hunterdonhealthcare.org. or to The Cancer Support Community at www.cancersupportcnj.org.

If you are unable to attend services, please feel free to copy the link below to virtually attend the funeral service. https://us02web.zoom.us/j/84899988324
Read Less

Consider providing a gift of comfort for the family of Edward Natale by sending flowers.

We encourage you to share your most beloved memories of Edward here, so that the family and other loved ones can always see it. You can upload cherished photographs, or share your favorite stories, and can even comment on those shared by others.

Posted Aug 23, 2020 at 02:28pm
Sorry to hear of Big Ed's passing. We shared many fun memories as young kids that i remember well. May his family find peace in the loving memories he shared as well as his brother Pat. R.I.P. Ed
Comment Share
Share via:
G

Posted Aug 19, 2020 at 04:44pm
I’m so sorry for this tragic loss. Ed and I went through school together and he was, without a doubt the nicest guy!! My prayers to his wife, children and all of his family..
Comment Share
Share via: 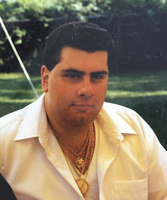