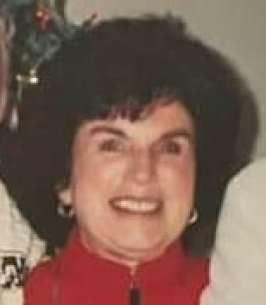 Mrs. Dorothy Doherty passed away on Friday August 26, 2022, at Roosevelt Care Center in Old Bridge. She was 88 years old.

Mrs. Doherty was born in Brooklyn. She graduated from Catherine Mc Auley High School and entered the work force as a young woman. She was employed Macy’s in Manhattan and for the Federal Bureau of Investigation in an administrative capacity. Later in life, she worked for Bell Labs as a Technical Manager.

She soon met her future husband Thomas and the young couple married and moved to Somerset, NJ in 1968 where they would raise a family of their own. She was a longtime parishioner of St. Matthias Church in Somerset prior to moving to South Brunswick in 1997. She then attended St. Paul’s R.C. Church in Princeton.

Mrs. Doherty enjoyed traveling and trips to Atlantic City. She would frequently watch QVC but found greatest joy in being with her family especially around the holidays.

A funeral mass will take place on Tuesday at 10 AM at St. Paul’s R.C. Church in Princeton and committal services will follow at Resurrection Cemetery in Piscataway. Please consider a contribution in Mrs. Doherty’s name to arthritis research at www.arthritis.org .