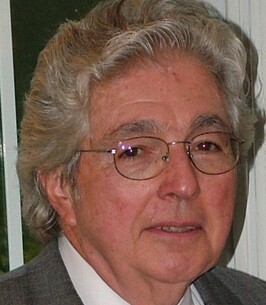 
Mr. David Moynihan passed away on Monday evening at The Frances E. Parker Home in Piscataway. He was 87 years old.

Mr. Moynihan was born in Salem, Massachusetts and graduated from St. Mary’s Boys High School in Lynn, Massachusetts. He furthered his education at Merrimack College in Massachusetts and earned a bachelor’s degree in Civil Engineering and later in life a master’s in business administration from Rutgers University.

He moved to Somerset, NJ in 1965 where he and his wife Natalie would raise their own family. Mr. Moynihan was employed for over thirty years as the Vice President of New York City Health and Hospitals. He was a founding parishioner of St. Matthias Church in Somerset where he was an integral part of the development of various social concern ministries. He volunteered his time toward the development of the Franklin Township Food Bank and assisted with organizing the local crop walk.

Mr. Moynihan was predeceased by his son David Moynihan Jr in 2018.