To share your memory on the wall of Darrie Christmas, sign in using one of the following options:

Print
Darrie Christmas, 57, peacefully passed away with his wife by his side on Sunday, October 04, 2020 at Robert Wood Johnson University Hospital in New Brunswick, New Jersey.

Darrie was born August 07, 1963 in Americus, Georgia to the l... Read More
Darrie Christmas, 57, peacefully passed away with his wife by his side on Sunday, October 04, 2020 at Robert Wood Johnson University Hospital in New Brunswick, New Jersey.

Darrie was born August 07, 1963 in Americus, Georgia to the late Jessie Biggins and Christine Christmas. Darrie lived in Savannah, Ga and in 1989, he relocated to New Jersey. In 1997, he and his wife, Dolores settled in Somerset, NJ.

Darrie attended Savannah State College, where he earned a Bachelor’s degree in Computer Science and a Bachelor’s degree in Electrical Engineering. Upon his relocation to NJ, Darrie started his career at Bellcore/Telcordia where he met his lovely wife. He then worked for C.R. Bard as a software engineer, then Ethicon as an IT manager and later worked at Johnson and Johnson as a systems architect.

Darrie was a hard worker who loved his job. He was considered “tech-savvy” and very analytical. Darrie had a vast knowledge of information which he was always willing to share especially to his nieces and nephews. He was very laid back and never hesitated to help his family in any way he can. He enjoyed watching sports, cooking shows and Sci-fi and travelling with his wife.

Due to Covid restrictions, there will not be a repast.

In lieu of flowers, please consider donations to the National Kidney Foundation, www.kidney.org or to the American Diabetes Association at www.diabetes.org.
Read Less

Consider providing a gift of comfort for the family of Darrie Christmas by sending flowers.

We encourage you to share your most beloved memories of Darrie here, so that the family and other loved ones can always see it. You can upload cherished photographs, or share your favorite stories, and can even comment on those shared by others.

Posted Oct 21, 2020 at 11:11pm
Mrs. Christmas, I am a former classmate of Darrie. I was very saddened to hear of his passing. My memories of him are just as his obituary described. He was a smart and intelligent young man; always kind and helpful. I pray that your memories of him will always comfort you. With Warmest Condolences. Tina
Comment Share
Share via:
MS

Posted Oct 14, 2020 at 10:13pm
My sincerest condolences to all who loved Darrie. Darrie was one of the first people I met when joining J&J and I was taken immediately by his calm demeanor and sensibility. He was unique and brilliant and a pleasure to be around. Rest easy old friend.
Comment Share
Share via:
JW

Posted Oct 13, 2020 at 11:56pm
Dolores – I was just made aware of Darrie’s passing. Please accept my sincere condolences. May GOD continue to bless you during this difficult time.

Posted Oct 11, 2020 at 06:14pm
Daniel and I pray that the God of us all send to your the Comforter who will grant you peace that will surpass all understanding and give you strength and serenity to weather this storm of life. We extend our condolence to Dolores and the family.
Comment Share
Share via:
M

Posted Oct 10, 2020 at 11:48am
Darrie is a wonderful friend, motivated and inspired human. He touched so many lives, shining example for being human to consciously do the best for everyone and everything you come in touch with. I will terribly miss seeing and laughing with you my dear friend, the memories we shared will be cherished forever. May you rest in peace. My condolences to dear Dolores and family.
Comment Share
Share via: 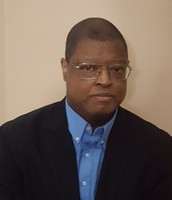 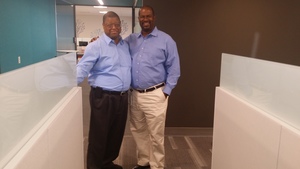 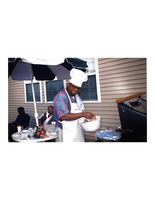 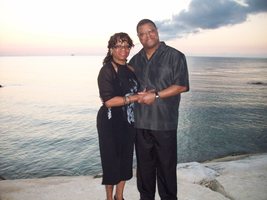