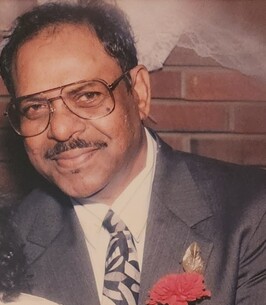 
Mr. Chendreka Persaud passed away on Friday evening, September 23, 2022 at Foothill Acres Rehabilitation Center in Hillsborough. He was 82 years old.

Mr. Persaud was born in Guyana. He came to the United States as a young man and resided in Queens and New Brunswick before settling in the Somerset section of Franklin Township in 1986.

He was employed by Suburban Transit for a number of years as a diesel mechanic. He also worked as a in independent contract as a mechanic and heavy machinery operator before retiring.

Mr. Persaud enjoyed tending to his garden and watching wrestling. He was known as a kind and hard working man, full of wisdom and always supporting his children in any of their endeavors.

He was predeceased by his two brothers and three sisters and his daughter Sabita.