To share your memory on the wall of Anthony Baginski, sign in using one of the following options:

Print
Funeral has been rescheduled for Saturday, February 20 at 9:00 A.M.

Mr. Baginski was born October 1... Read More
Funeral has been rescheduled for Saturday, February 20 at 9:00 A.M.

Mr. Baginski was born October 15, 1937 in Radzilow, Poland to the late Aleksander and Anna (Zalewska) Baginski. He immigrated to the United States in 1964 residing in Somerset County before moving to South Brunswick in 1978.

Anthony retired from Johnson and Johnson in North Brunswick after 38 dedicated years. Since his retirement he loved spending time with his family. He spent his winters in Florida and summers in New Jersey. He never missed an opportunity to spend time with all his grandkids. He had a passion for soccer, hockey, cards, chess, gardening and most of all making people laugh.

Mr. Baginski was preceded in death by his son, John Baginski, and brothers Stanislaw Baginski and Ignacy Baginski.

Funeral services will be held at Holy Family (St. Joseph Church) in New Brunswick on Saturday, February 20 at 9:00 A.M.

Burial and committal services will be held on Saturday, February 20, 2021 at 11:30 A.M. at Our Lady of Czestochowa in Doylestown, PA
Read Less

Consider providing a gift of comfort for the family of Anthony Baginski by sending flowers.

We encourage you to share your most beloved memories of Anthony here, so that the family and other loved ones can always see it. You can upload cherished photographs, or share your favorite stories, and can even comment on those shared by others. 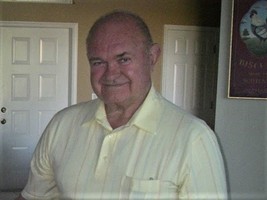